Beginnings, ends, and pauses are what make up life and so far, my life has been in flux. Obviously, my last post was 2 years ago, making me the most horrible “blogger” ever. Before, I was lost, unable to see a path out of a dark time in my life. I can admit that I definitely do NOT have it as bad as many others, but at the time, I was lost. It was not fun. I felt horrible, worthless, incapable of accomplishment. After starting my new job at a non-profit (probably a blog post to come on this), I’ve gained many mentors, supporters, and encouragers. Some my coworkers have become my inspirations. I’m glad and I’m back.

Before I left, I was trying to become this amazing blogger, a person who would amass legions of followers. Whoa..let’s bring it into perspective here. Who would want to listen to the confused and aimless musings of one of millions (billions?) of bloggers online? I mean, we’re moving more and more to 140-character communication, so I highly doubt anyone really wants to read my musings. So, I’ve made the conscious decision to make this about me. This will be a place for me to write…for fun. It won’t be a place for me to search for my next career or to gain popularity. I will be here to vent, to gain control of my own experiences and understanding of those experiences. I will write what I want, when I want, how I want. To start, a writing challenge:

Hey everyone! I have story I’d like to share with you. While perusing the internet, I found this story: “‘$5 doctor’ practices medicine from bygone era.” Go ahead, give it a read.

Did you read it? For those who didn’t, it’s a story about a doctor who runs his clinic the same way he did in the 50’s. This story is truly inspirational. In a time when people often follow money, this doctor did the opposite. He wanted to help people for the sake of helping people. This is what the true mission of a doctor should be. I can’t even recall how many times I’ve dealt with cold doctors who wanted to get the exam over with. Dr. Dohner has dedicated his whole life and being to helping people and I can tell he really cares about the people he helps.

Of course, not everybody can do what he does. With the rising cost of schooling, becoming a doctor doesn’t only bring so-called financial stability, but loads of debt. I’m sure none of these doctors are able to charge only $5 per patient. In the end, it’s not the amount of money that Dr. Dohner doesn’t charge that amazes me; it’s his passion. I believe that if people chose to live life with the passion that he does, without worrying about how much money they will make, the world would be a better place. We need to worry about our relationships, the people we love, and the people we can help. When our relationships are strong, materials will no longer matter. Your worries will lie with the people you care about, not which car you should buy next.

Check out this artist!

Hey everyone! I recently discovered a new artist who is amazing. His medium of choice at the moment is ballpoint pen. His name on deviantart.com is =VianaArts, but his name is Samuel Silva. He’s from Portugal and his work is so realistic, you won’t be able to differentiate between his work and a photograph. Here are few examples of his work: 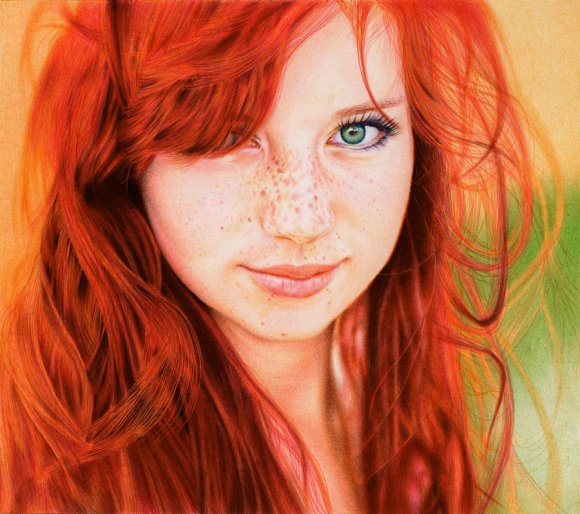 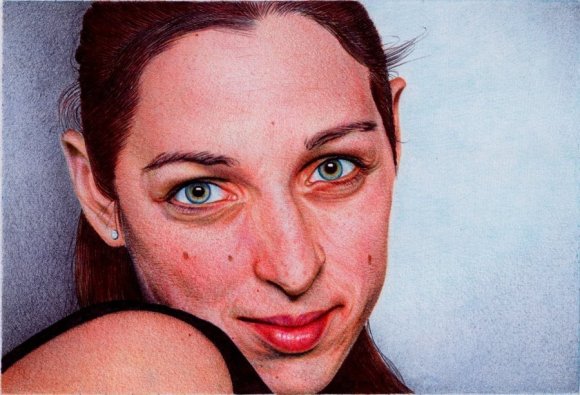 I’ve always been a person who wants to escape this world. When I was a child, my cousins and I would put on our Disney CDs and act out the parts to the song. For example, we would pretend to ride a canoe while lip-syncing to “Just Around the Riverbend.” One of us would have raccoon tail strapped to our waste, another would be flapping our “wings” around the boat, and another one of us would be draped with my grandmother’s sewing scraps. I had so much fun doing that.

In high school, my way to escape was through theater and band. Yes, I’m a geek. Music was a huge part of my life. Whenever we played new pieces in band, I would imagine a story to go along with it. Each crescendo was a hero riding into battle or a meeting of lovers. Each diminuendo was the ending of an epic story or a sweet love story. All the pieces we played were new worlds. Every time we played a piece, I could revel in the story.

I was always too afraid to be onstage in theater. I did audition once, and was cast as an understudy, but I decided to work behind the scenes. I worked as a props master. My way to escape the “real world” was through rehearsal and performance. Engrossed in the story, I didn’t have to think about my dull life.

As an adult, there are less viable ways to escape the realities of life. At times, I feel tired of everything around me. My yearning for a way to take a break from this world, I discovered, never left me, even after I “grew up.” I love fantastical things, otherworldly stories, magic, and anything that is far-removed from reality.

For those of you who feel like you could use a break from your mundane life, here are some things in which you may partake. END_OF_DOCUMENT_TOKEN_TO_BE_REPLACED

Today’s post is something serious. As you can see by the title, it’s about Syria. Right now, Syrians are in the midst of the civil war. To read about the entire situation from the beginning check out the wiki page. What I would like to talk about in not the political aspect, but the humanistic aspect. The fighting among the two factions has led to attacks on civilians. Two photographers, Narciso Contreras and Javier Manzano, have captured the violence and fear that Syrian civilians are facing today. The photographs are violent and real, so if you are uncomfortable seeing images of war, please do not follow the link. I want everyone to be informed about what is happening in the world and to understand what other people face everyday. Here is the link to the photo story from The Atlantic: http://www.theatlantic.com/infocus/2012/11/syria-in-ruins/100402/

A L’interieur (Inside) Film Review

When I ended Halloween Horror Month, I started to feel a little horror withdrawal. It’s not that I don’t love talking about food and travels, but I really needed a dose of horror, especially when my brother refused to watch a horror movie with me on Halloween. So I’ve decided to get my fill. Let me tell ya, this one’s a doosey. 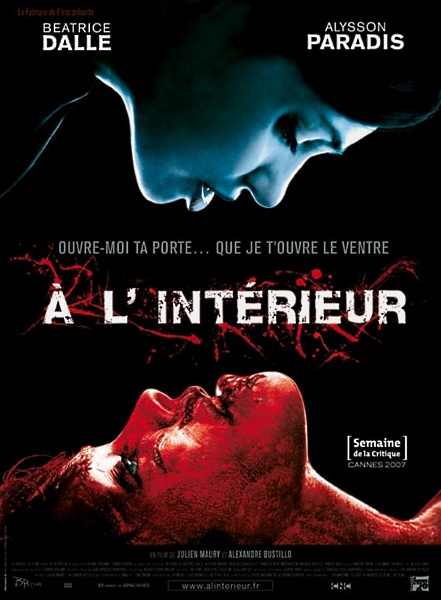 END_OF_DOCUMENT_TOKEN_TO_BE_REPLACED

Here’s the deal. My year and a half in Singapore has taught me a lot. Things that I took for granted here in small-town-USA, like driving myself anywhere at the drop of a hat, really came to light for me. Luckily, Singapore’s transportation system is awesome. The public transport system is mainly made up of a combination of the MRT (Mass Rapid Transit – their rail system), bus system, and taxis. In order from cheapest to most expensive form of transportation we have bus, MRT, and taxi. This is also in order of slowest to fastest form of transport, though some may argue that the MRT may be the fastest during rush hour traffic. Since Singapore is so small, you can easily travel from one end to the other within one hour. That’s pretty convenient. If you have a smartphone with data, you can even get an app that will tell you exactly when the next train or bus is about to arrive. Check out the national transport website here for more information or to plan a trip.

Since transport is so convenient, I’d like to share with you some places you should visit when you go to Singapore. END_OF_DOCUMENT_TOKEN_TO_BE_REPLACED

Welcome to Singaporean foods post number 2! There are so many diverse foods in Singapore that I don’t think I’ll be able to mention them all. I did introduce you to some of the foods available in my last post, and here’s a continuation. Because I can’t cover every food that you can put in your mouth in Singapore, I will just give you guys a nice little list of foods to try should you ever venture to that part of the world. Most of these foods have origins outside of Singapore, so please don’t harp on that. Singapore is a multicultural country that is composed of immigrants, so none of the food can really be called a “Singapore original.” I will share my personal favorites. END_OF_DOCUMENT_TOKEN_TO_BE_REPLACED

An Intro to Singapore

I recently returned from months of travelling in Southeast Asia. Let me give you some background. After I graduated from college, I moved to Singapore and worked for a year at an English, Math, and Science learning center. After I left my position at that company, I spent time traveling around Southeast Asia, Europe, and Eastern USA before returning to Oregon. While I was traveling, I planned to chronicle my adventures via blogging, but didn’t get around to it because the trips were so packed and I was so engrossed in my adventures. So, I’ve decided that this is a good time to chronicle my life in the past two years. It will provide a way for me to relive my adventures as well as act as motivation for me to write it all down. END_OF_DOCUMENT_TOKEN_TO_BE_REPLACED

Happy first of November everyone. As you can probably tell from the title, I would like to talk to you guys about a song that I’ve been obsessing over. It’s titled “Home,” by Phillip Phillips, the most recent winner of American Idol. American Idol is one of my guilty pleasures and after 12 seasons, I’m still watching. I’ll pretty much watch any type of singing competition, but American Idol was my first. It’s not to say that there aren’t things that I don’t like about American Idol, but I love watching performances and pretending I’m one of the judges. I also admire the people who drop everything to follow their dream because, whether you think it’s stupid or not, it takes a whole lot of guts. What I can’t watch is the well-meaning contestants who are made fun of by the judges because they don’t know how bad they sound. For all they know, these contestants are on the edge of a breakdown and want to prove themselves, only to be scoffed at and the butt of a joke. It’s sad.  END_OF_DOCUMENT_TOKEN_TO_BE_REPLACED